November in my vegetable garden

November in My Green Garden

Melbourne in Spring is temperamental at best – after a couple of days of heat we are hit with chilling cold once again. At least as humans we can cover up against the cold, or seek some shelter from the hot winds, but our plants can’t so sometimes we need to protect them from the extremes. This month will see me alternating between shade cloth hastily erected against the hot afternoon sun and covering them with my plastic bottle covers against chilly nights. Ahh – Melbourne in the spring…

It is still a busy time in my produce garden, and hoping to get the rest of the summer vegies in this month.

Cucumbers: This year I am determined to try and do some succession planting ie not plant everything out at once to harvest all at the same time, so I have some cucumbers already in the ground, some just newly planted and others still just popping up out of the jiffy pellets that I get the seeds started in. The only problem with this method is that I quickly run out of space to put them all in!

Beans: Some of the lower growing or dwarf beans are already in and have popped up, so aside from oversowing where some snails took a nibble, it's time to get some growing in different beds. I have allocated space where the garlic is growing at the moment but need to wait to pull it up. If there's anything I take from companion planting, it's that legumes and alliums (eg beans and garlic) do not make good companions. It's got to do with the anti-bacterial nature of the alliums...

Pumpkins: I have sown several plants of the Waltham butternut and the Potimarron (a French variety) pumpkins, which produce small but richly tasty fruit. I had issues last year with rodents eating the freshly pollinated pumpkins before they had time to mature, so I'm planning to protect them a bit better this season.

Tomatoes: All the tomatoes are in but this year I am not growing so many as I want to maintain good airflow around the plants. Along with my usual favourites, I have a few new ones I am trialling: Stupice, Brandywine and Mortgage Lifter.

Lettuces: More in and more seed sown, both directly and in punnets. One added benefit of teaching classes on how to grow veg is that I show them how to sow lettuce seeds in punnets and I always get to take the demonstration punnet home to grow on. Can never have too much lettuce for lovely sweet salads.

Broadbeans: This legume grows over winter and harvests in spring and in my garden, it's always a dilemma as to when to finish harvesting. I want the space for some summer veg to go in, but I want those pods to fatten up too. Zucchini will be going in after the broadbeans to make the most of the lovely nitrogen that they contribute to the soil. I won't pull out the plants but will cut to ground and leave the roots to rot in the soil.

Asparagus: I need to stop harvesting these delicious spears and let them replenish themselves for future harvests. It has been a fantastic season and we have had at least two meals each week with the fat spears but time to let them rest, rather than continually push up this eponymous taste of spring.

Celery: How much do you need? I am loathe to pull it all out but I need the space. Besides, it starts to get stringy now. I have preserved some by washing it and then chopping it in chunks to freeze. This then gets taken out and added directly to soups if the need arises. This might be another plant to consider doing some succession planting with next year.

Spinach and silverbeet: some of it is starting to bolt now, so I will pick it, lightly steam it and then freeze in blocks to add to cooked recipes as needed. It's time to use loads in pies, in gozleme and spanakopita.

Garlic: Interesting to see how different bulbs are developing. They will be out by the end of November is my guess.

Mulberries will be starting very soon. The odd one is ripening to the deep crimson colour so hoping for another bumper year!

Fruit thinning - needs to happen in the case of my plum tree and possibly the espaliered apples and pears too. This helps to make the remaining fruit bigger, the tree to become an annual (rather than biennial) bearer and reduce the possibility of limbs breaking under the weight of too much fruit. A tedious task but necessary. 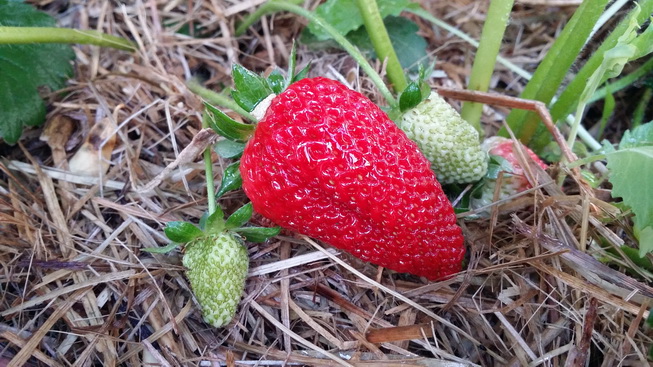 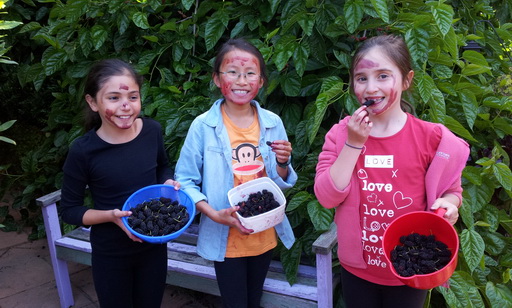 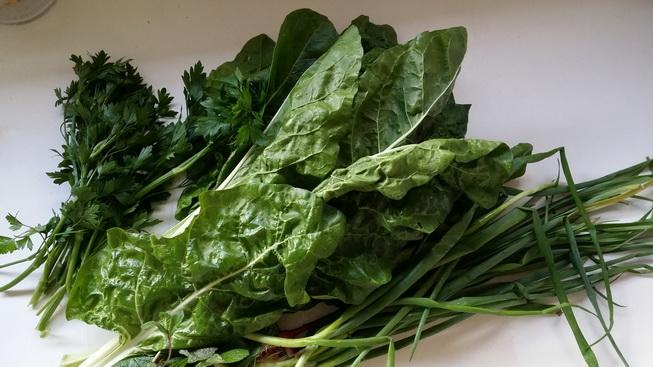