January in my vegetable garden

January in My Green Garden 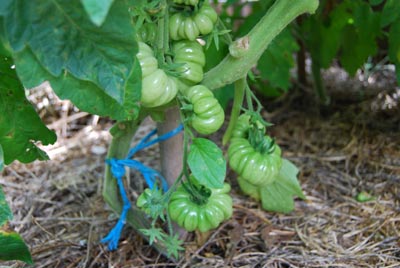 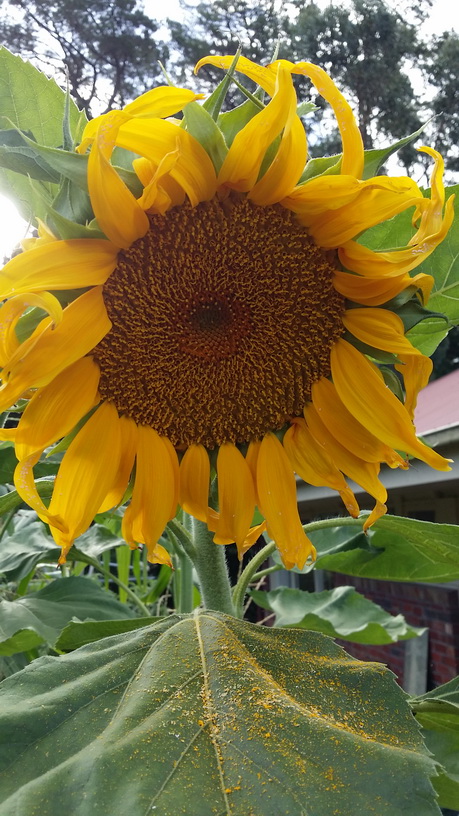 This month is the time to enjoy the garden and its bounty. Too hot to bother putting anything else in what little space is left, all that needs be done is watering and harvesting. If you wanted to, you could continue sowing beans and beetroot but you've probably run out of space as the patch goes into full production.

The tomatoes are still growing branches faster than I can tie them up, let alone prune them. There are plenty of green ones on, promising some delicious salads and sauces to come. I had planted a couple of new varieties along with my regular favourites, namely Stupice and Mortgage Lifter. So far I am very impressed wirh Stupice. We had picked several ripe ones well before Christmas, which is the boasting point for veggie growers in Melbourne! There are other early ripening varieties coming along nicely too, such as Jaune Flamme, which shouldn't take much longer now. I am on the lookout for any yellowing leaves on the tomato plants and removing them as they occur. There are several diseases that can afflict tomato plants and keeping a look out for those before they overtake the whole plant is important. See my link for what to watch out for.

The cucumbers were slow to start, especially the Mexican cucumber, or Cucamelon, but are now clambering everywhere, as are the pumpkins. Some of those were allowed to grow after seeding through the compost spread around the garden, so it's a bit of a jungle out there. The zucchinis have some beautiful fruit developing. I have been helping them along by going out in the morning and moving pollen from the male flowers to the female ones, to ensure crop set. It's easy to do and almost a necessity if you don't have a lot of bees around.

Many of my fruit trees are in full production now. Any trees with a decent amount of fruit must get covered with netting (close weave) from top to trunk otherwise we lose the fruit to possums and rats. If there are only small bunches, I improvise and make smaller bags to keep them covered. The plum tree, which was overloaded with fruit, was given a thinning by the freak hail storms before Christmas. Thinning is a chore for me but so essential, otherwise the tree limbs might break under the weight of the fruit - and possums jumping from branch to branch!

As much as I love this time of the year when work takes a break it does create a dilemma for the backyard produce grower. Taking holidays away just when everything is coming to fruition is fraught with anxiety in anticipation of the break away as I need to make sure the irrigation system is working properly, that the chooks are getting looked after and if there is any very hot weather forecast, that I manage to put up covers over the beds to shade the vegies from the worst of the heat. And then there's the overgrown jungle to return to after the holiday break is over!  Happy New Year xx

In the Preserving Kitchen

It's a great time of the year to be harvesting and then preserving for future months.

In the kitchen I am:

- Making jam out of just ripe red (Japanese) plums; or stewing them and then freezing in small containers to enjoy over porridge in winter