For this and details of other workshops, visit the booking page. This one is strictly seasonal so if you don't see it on the workshop list, sign up to receive notification of workshop updates

It was a lucky twist of fate that led me to Massaros Winery. It wasn’t the winery, though I knew it existed as we pass it regularly. It was the extensive olive grove that took me there, and has kept me going back.

How I found that Massaros had literally hundreds of olive trees was one of those cases of serendipity when it was ‘meant to be’. I was doing an olive curing demonstration at the Eltham Farmers Market when one of those watching approached me after and, through some chatting about olives, told me that the winery had loads of olives and might be OK with me going to pick them.

Now I am not the type of person who can resist the offer of free produce suitable to preserve as I’ll always find something to do with it, so I called Massaros. After all, the worst they could do was say no. Instead, Dom Massaro was  happy to have me come and pick and that was the first of many visits last year picking their black olives. In exchange, I cured and preserved several kilos for them to use in their antipasto platters and over their pizzas.

Dom and Vanessa of Massaros were keen on the idea of running workshops from their premises too. The restaurant is idle from Monday to Wednesdays and quiet on the other mornings before lunch, so it made an ideal place from which I could run a workshop. The restaurant kitchen is small and would be awkward to use for a cooking workshop but with the olives on trees needing to be picked, I suggested olive workshops instead. Too late to get one happening for 2016, so we put it off until this year.

Both workshops scheduled for this year were well attended and those who came loved the setting. It’s not a huge drive coming from the eastern side of Melbourne and the picturesque scenery more than makes up for any remoteness that some may have baulked at. Set on rolling hills in Kangaroo Ground, the winery and restaurant has sweeping views of the city in the distance, especially lovely to see at night.

The weather was perfect on both days in April. Considering there had been rain leading up to both workshops, we were incredibly blessed with lovely and fresh weather, perfect for picking olives, because  that was the first task for the day. I thought that the trees themselves may have been wet, but all was good. Armed with aprons with deep pockets and a tub between two, the aim was to pick enough olives for some of the activities for the workshop.

Then it was full on with covering different ways of doing the same thing, namely curing or de-bittering olives straight from the tree and preserving them at the same time. There are so many techniques to do this and participants learnt that, like apples, different varieties of olives have different flavours. This was shown by tastings, where the olives were processed in the same way but, because of the varietal differences, the end taste was different.

Everyone left with olives in various states of edibility: from ready to eat, to ones that were bottled and needed to wait to cure or marinate to ones where the curing process had to be continued at home before bottling. Loads of instructional notes went home with them and the only complaint was that the workshop needed to be longer! Happy to take that criticism on board for next year. 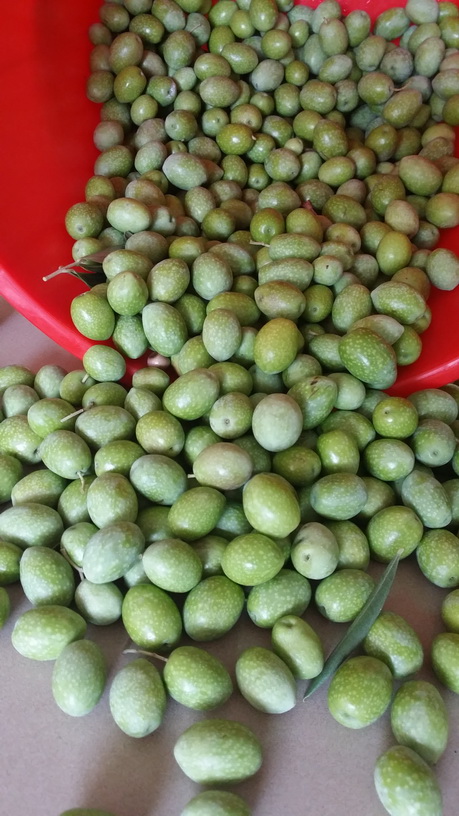 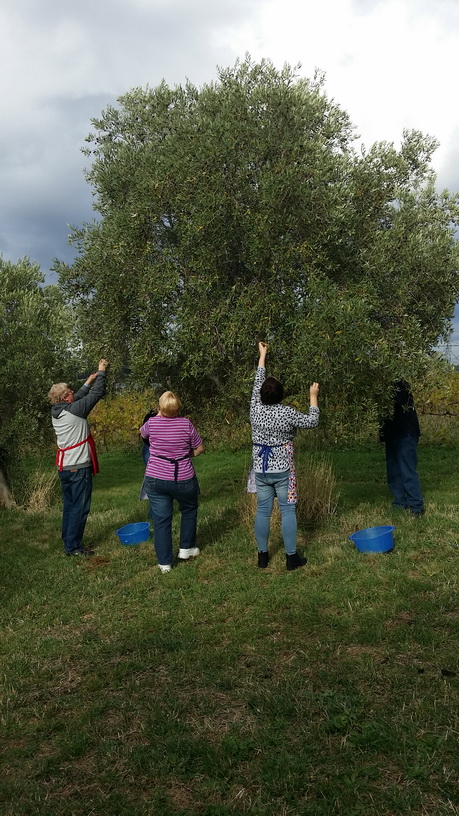 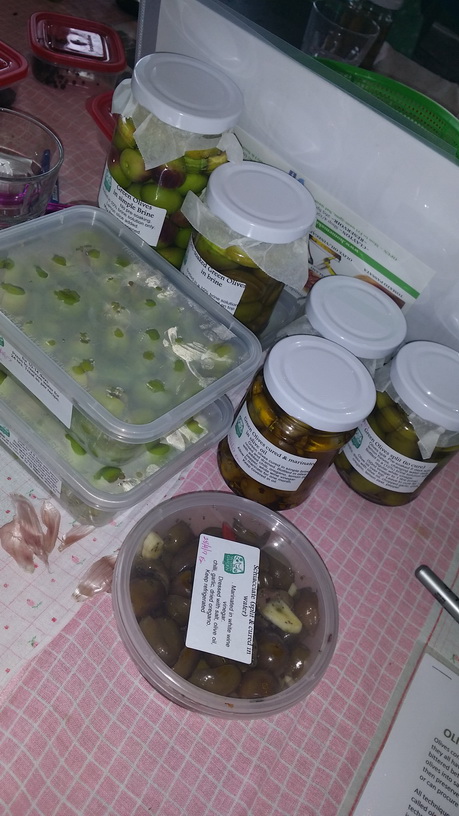